My team of team mates

This team comprises people I have played with either in a domestic competition or national team who I think are the best at their position.

Mark Schwarzer (Australia)
He saved the day for us in 1993 and he is still a great shot-stopper with a long career and a wonderful temperament.

Paul Okon (Australia)
In my opinion, the best player Australia has ever produced. In his day, he wouldn't have been out of place playing for the great teams of Brazil.

Steven Keshi (Strasbourg)
Very tough, uncompromising defender who was also very skillful.  Had the ability to turn defence into attack. I played with him at Strasbourg and against him in the Belgian league where he played for Anderlecht and Lokeren. Steven sadly passed away in June 2016.

Franky Van Der Elst (Club Brugge)
Midfielder whose ability to control the middle of the park was second to none. His vision and passing were exceptional.

Lorenzo Staelens (Club Brugge)
Versatility was his greatest asset. Could play in midfield or defence and, at a pinch, could also play up front. Scored goals regularly.

David Platt (Bari)
Fantastic athlete who had the ability to be a perfect link man with the forwards and midfield. Another who scored regularly - and led by example.

Jan Ceulemans (Club Brugge)
A true gentleman on and off the park. He had great leadership qualities and was also a fantastic player with the ability to win games on his own. He was a genuine leader who, by his sheer physical presence, could inspire others to play well.

Marc Degryse (Club Brugge)
Small in stature but an immensely technically gifted player. Had great ability to run with the ball and create scoring opportunities, or score himself.

Joao Paolo (Bari)
His ability to run with the ball was as good as Maradona. His toughness for a small player was exceptional. 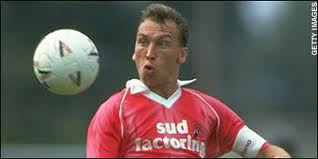 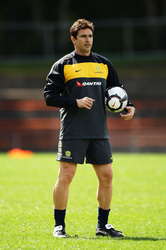 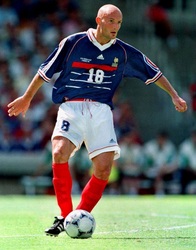