This team comprises people who I have seen play for Australia who I think are the best at their position. I am not making any specific comment on those who are still active as Socceroos.

Paul Okon
In my opinion, the best player Australia has ever produced. In his day, he wouldn't have been out of place playing for Brazil.

Alex Tobin
Possibly one of our best markers ever. There were never many players who outplayed him.

Alan Davidson
Read a game well, great technique and had the wonderful ability to launch defence into attack.

Ned Zelic
Ned could win a game for you. Even when he was struggling, always an influential player.

John Kosmina
Could easily have played in Europe with the abilities he had. A natural goalscorer, natural leader and a wonderful person. 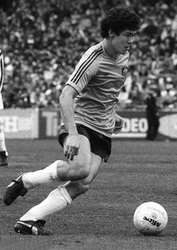 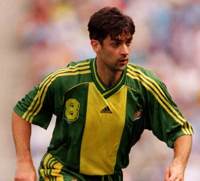 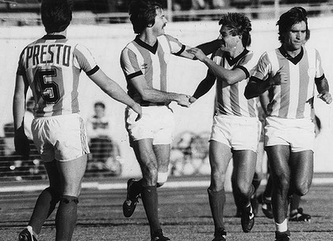